AGI Northern Ireland (AGI NI) was officially launched in 2002 to help raise awareness of geographic information and to encourage data and knowledge sharing.

Over the years, our mission has developed to reflect the changing industry, society and environment around us by actively supporting a sustainable future for our geospatial community.

Since our formation, we have established strong partnerships with public and private sector organisations locally as well as further afield. Along with the support of our partners, AGI NI has representation on the AGI Council which helps steer the direction of the Association and the support it offers to Northern Ireland. 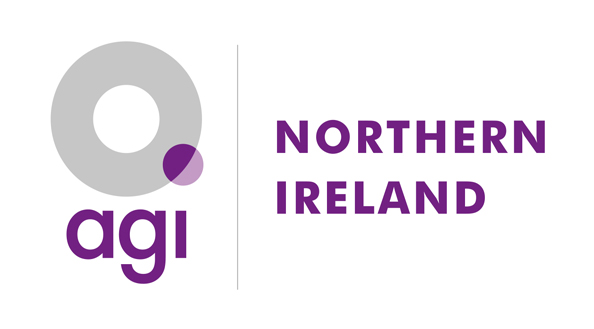 AGI NI hosts a yearly conference which brings together keynote speakers, presenters and offers an opportunity to display your geospatial work with the poster exhibition. A call for papers goes out in advance and everyone with an interest in GI is welcome to participate.

Along with the annual conference, AGI NI hosts other events including public seminars in collaboration with our network of partners (e.g. academic and private sector organisations). Traditionally, we hold a networking and information event during GIS week in November. Our events showcase a wide range of interests including environmental sustainability, infrastructure development, future GI developments, healthcare and social developments through greenspaces and access to provisions.

Benefits of joining AGI NI and AGI include: 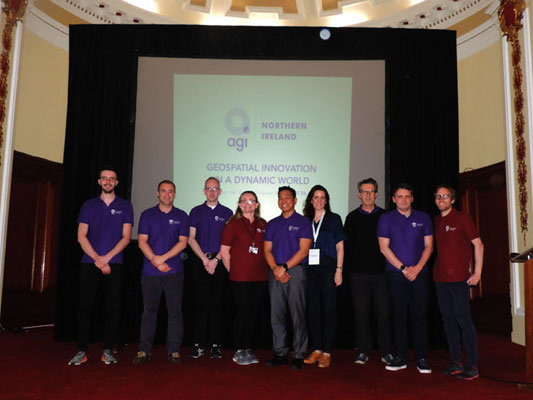 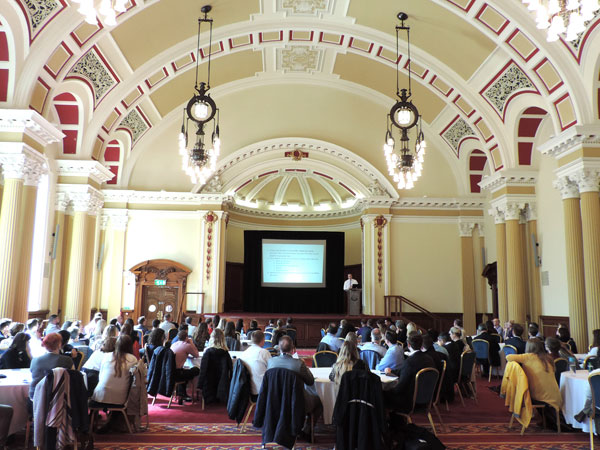 The current AGI NI Committee comprises 15 active members representing both the public and private sector who coordinate and organise events throughout the year. Our events include the annual conference, seminars and networking which bring the NI geospatial community together. These events offer support for professionals, early career networking, continuing professional development and business related opportunities.

We recognise that our volunteer members and those with an interest in the geospatial industry have played a vital role in the success of AGI NI and we are looking to build upon this further. If you are interested in supporting our mission and joining our growing geospatial community, please do consider AGI membership and we hope to see you at an event soon.

AGI Northern Ireland hosted a Lunch Time Webinar on 17 November. Geospatial professionals and enthusiasts came together to listen to thought-provoking presentations on our natural and built environment.

'Geographic Information: Supporting a Sustainable Future' took place on the 17 June 2021. Using a virtual platform conference speakers touched on topics including the use of GI to support sustainable energy infrastructures, forestry and farming, our environment and, apropos of the ongoing pandemic, how spatial information can be leveraged for emergency planning and response now and in the future.

The recordings of these events are available to AGI Members

With presentation from Rebekha Megarity, Naomi Wharton and Ryan Johnson the focus was on remote sensing technologies and the application of spatial intelligence in decision making.

Aimed at anyone with an interest in Geographic Information and Remote Sensing, the webinar was also beneficial for those interested in Early Careers Network.  Lead by the AGI Northern Ireland Committee Chair Rico Santiago the event was attended by nearly 100 attendees.

The recording of this event is available to AGI Members

We were pleased to welcome over 100 delegates to Belfast City Hall for an insightful day of presentations on geospatial innovation in transport, the environment, technologies, public services and preparing for the future. Talks included keynote speakers Jamie Clark (Geospatial Commission), Yolande Herbath (Connected Place Catapult), David Gawley (Pentagon Solutions) and many more! 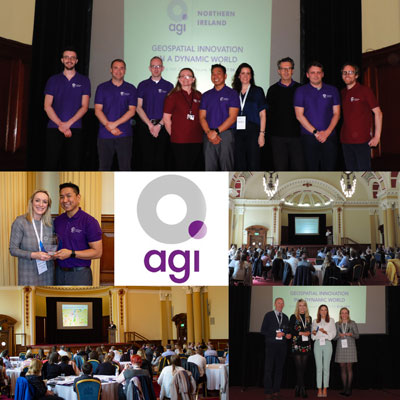 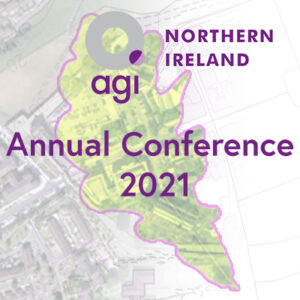 Join Today to Enjoy all the Benefits